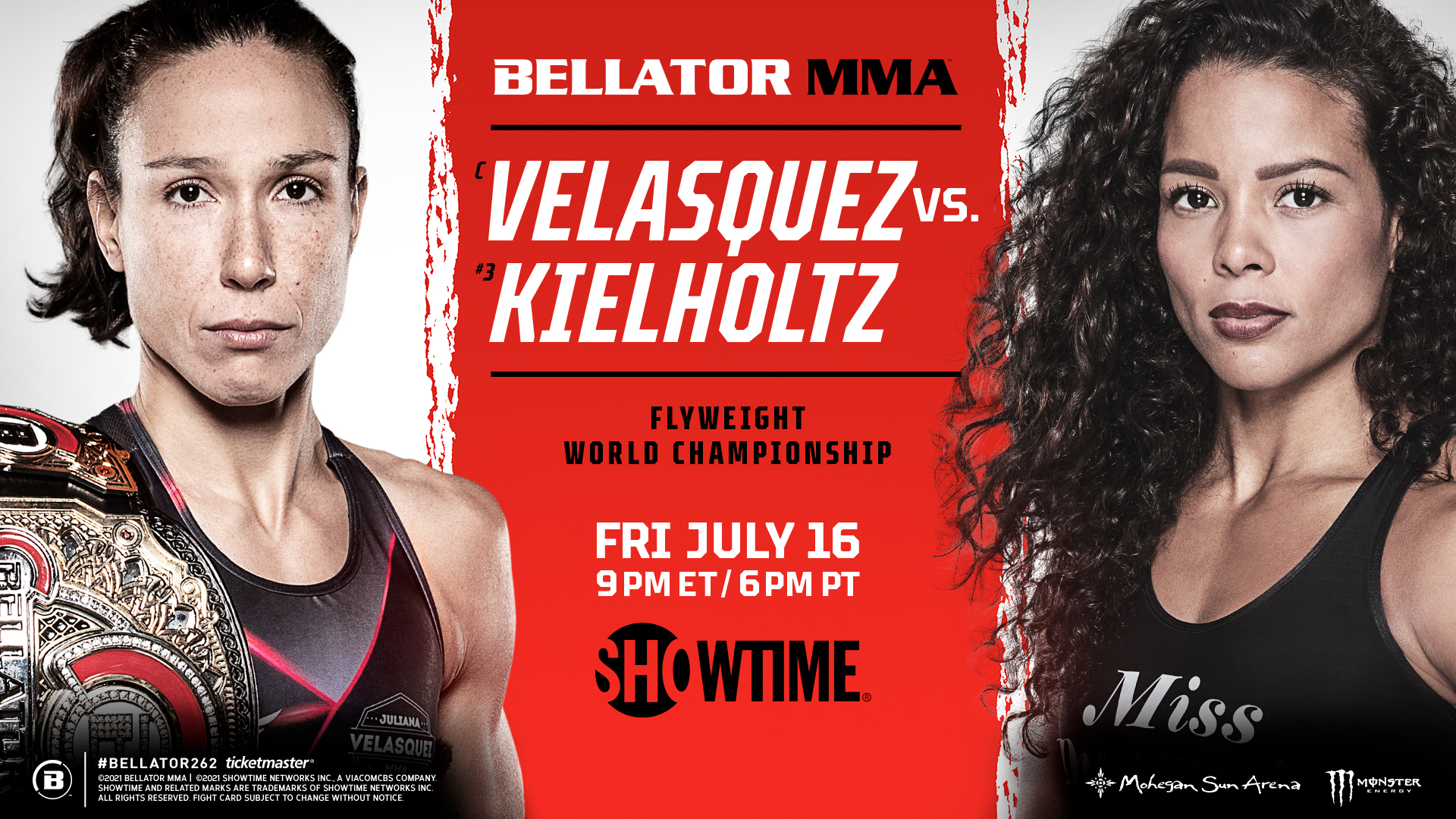 LOS ANGELES – A main card contest scheduled for this Friday’s BELLATOR MMA 262: Velasquez vs. Kielholtz event between Linton Vassell (20-8, 1 NC) and Marcelo Golm (8-3) has been cancelled due to injury. As a result, a bantamweight fight between Team Pitbull Brothers-product Matheus Mattos (12-2-1) and Cee Jay Hamilton (15-8) has been promoted to the main card.

The event will air LIVE on SHOWTIME this Friday, July 16 at 9 p.m. ET/6 p.m. PT from the Mohegan Sun Arena and is headlined by a thrilling BELLATOR Flyweight World Championship matchup, as undefeated Juliana Velasquez (11-0) defends her prestigious MMA belt against No. 3 ranked Denise “Miss Dynamite” Kielholtz (6-2). Kielholtz, who currently holds BELLATOR Kickboxing’s Flyweight World Title will have the opportunity to make history with a victory by becoming the first fighter to hold both BELLATOR MMA and BELLATOR Kickboxing world championships simultaneously.

Additionally, a lightweight preliminary matchup between Longo and Weidman product Charlie Campbell (3-1) and Connecticut’s Nick Giulietti (2-1) has been added to the card as well.

A limited number of tickets starting at $60 remain and can be purchased at Ticketmaster and Bellator.com.

About BELLATOR MMA:
BELLATOR MMA is a leading global mixed martial arts organization featuring many of the best fighters in the world. Under the direction of veteran fight promoter Scott Coker, BELLATOR events take place in major cities worldwide and can be seen on television in over 160 countries to an available audience of over one billion people. In the United States, BELLATOR can be seen on SHOWTIME. BELLATOR is comprised of an executive team that includes top industry professionals in television production, live event orchestration, fighter development/relations, venue procurement, sponsorship creation/development, international licensing, marketing, advertising, publicity, and commission relations. BELLATOR is based in Hollywood, Calif. and owned by entertainment giant ViacomCBS, home to the world's premier entertainment brands that connect with audiences through compelling content across television, motion picture, online and mobile platforms.